In 2009, Brad Hooper took his talent off the farm and onto the stage. (He finally learned how to play the guitar last Tuesday at 4 p.m.) Hooper is a much sought after area entertainer and maintains a solid schedule of professional shows. His talent has earned the respect of fans, friends, booking contacts and contemporary peers.

Most recently, singer-songwriter Brad Hooper was recognized as a nominee for the Just Plain Folks 2017 Music Awards. Hooper is a two-time Maine Songwriters Contest finalist and a 2013 Portland Phoenix Best Music nominee. “I didn’t see these coming but was quite happy for the recognition of both my talent and hard work,” says Hooper.

With his signature hat and shades in place, Hooper sets his passions in motion and fills the moment with insightfully-written original songs and unique-renditions of songs that have marked his way. Sit back and enjoy the ride, it’s clear Hooper still does.

Hooper’s vocal quality often has him pegged as a ‘blues man,’ but his content spans many genres making it difficult to pigeonhole the guy. Americana, roots, blues, folk, country, you’ll have to decide for yourself. The timber and raw emotion of his vocal-styling are clearly Hooper’s trademark. Genre aside, his first review seems to have hit the mark: “Brad Hooper is the real deal. No flash, no gimmicks, just solid guitar playing and soulful vocals.”  — (http://thebollard.com/2009/07/15/brad-hooper/)

Award winning producer, Michael Rizzo, with Epic Soul Music, feels strongly about Brad's singing and songwriting skills. Here is what Rizzo had to say:
"Living in Nashville, I was fortunate to work with hit singer/songwriters and publishers. Brad possesses the same qualities of a first-class songwriter and with a classic voice to match! There is a real [John Prine, Ry Cooter] thing going on and people need to hear it."
Michael Rizzo - Award-winning producer with EpicSoul.com (NBC, CBS, ABC, FOX, UNIVERSAL, DISNEY, etc.)

Hooper's third CD, Scratchin' out a Livin', is a compilation of artist picks from the first two CDs plus four new tracks. The CD includes the work of guitar master Denny Breau, master percussionist/drum-maker Rusty Wiltjer and bass/slide/recording/production by Alan Bean of Baked Beans Recording in Harrison, Maine.

Hooper's second CD, Memories & Mileage, contains five full production numbers PLUS 14 songs from the live recording at Tucker's Music Pub in Norway. "The live recording was awesome and brought family and friends together for an intimate show," says Hooper. "A chance to invoke laughter and tears is more than any player could hope to achieve."

Here is some of what The Portland Phoenix had to say about Hooper's second CD, Memories & Mileage: "…there are some fine performances. The opener, 'Sinkin' Kind of Feelin',' is piano-fueled blues, almost dead-on Royal Albert Hall-era Clapton…
…when Hooper tells us 'if it wasn't for them blues, when I got this low, I'd have nothin' at all,' it spills out of him, like it was forced from within."
Sam Pfeifle – Portland Phoenix, August 2011

Brad Hooper's debut CD, Midnight at the Hilltop Hotel, a solo effort by Hooper, was well received and really set the stage for the potential of this songwriter. The songs are rich in "working man's" blues and stories. The release of Midnight brought positive reviews and radio play on WBLM, WCLZ and WMPG.

Educated with the songwriting process from working on the second CD has made it tough for Hooper to stop 'tweaking' his newest material and even the songs that have been released. "You have to set the bar high with a great song and then make sure nothing falls below that bar," says Hooper. 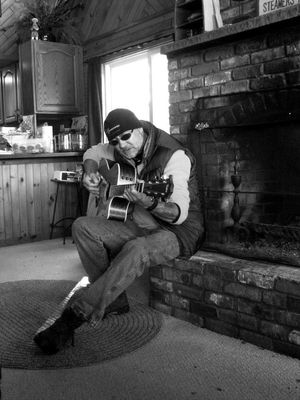 Photo by Kristi White at The Kimball Camp on Songo Pond 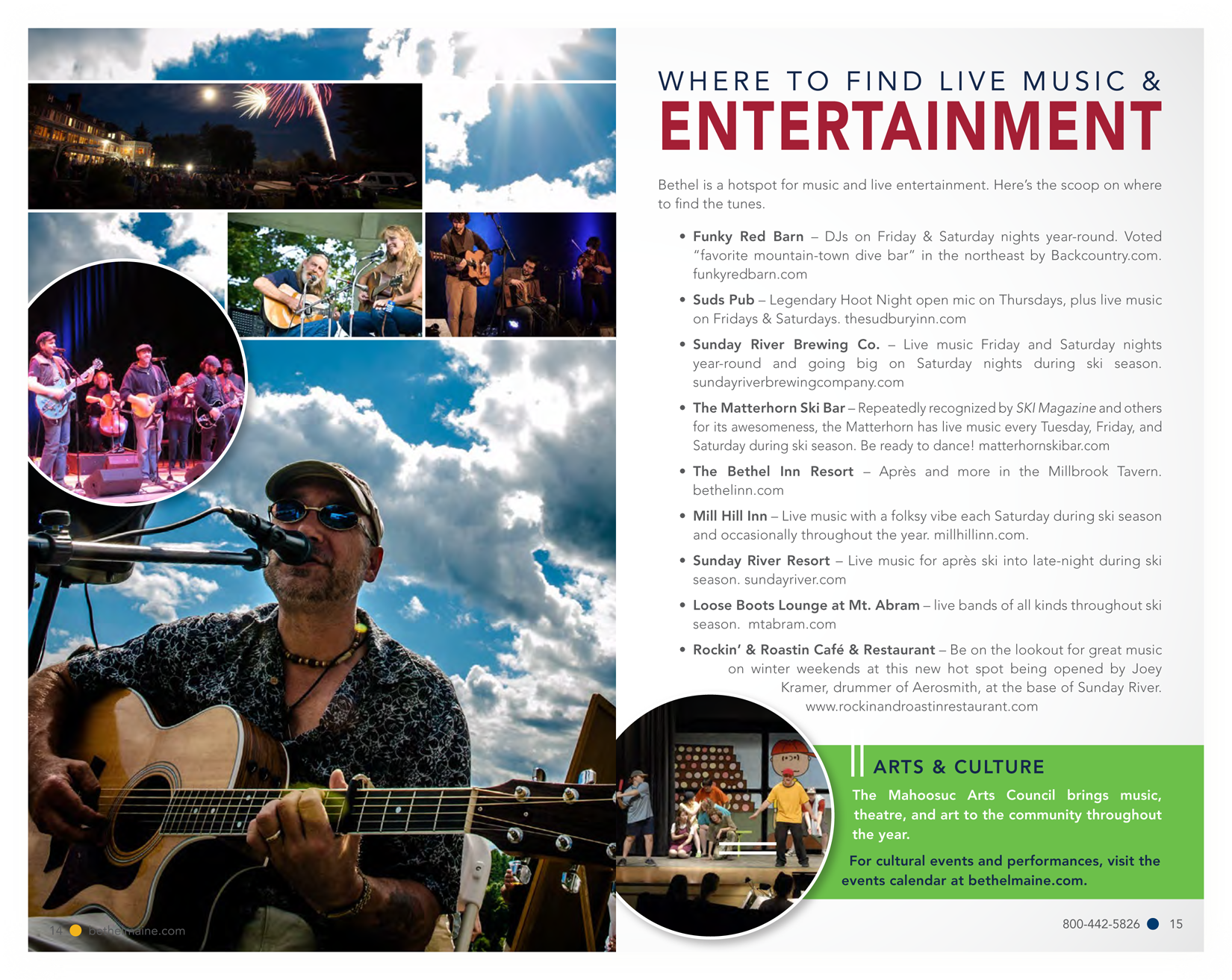 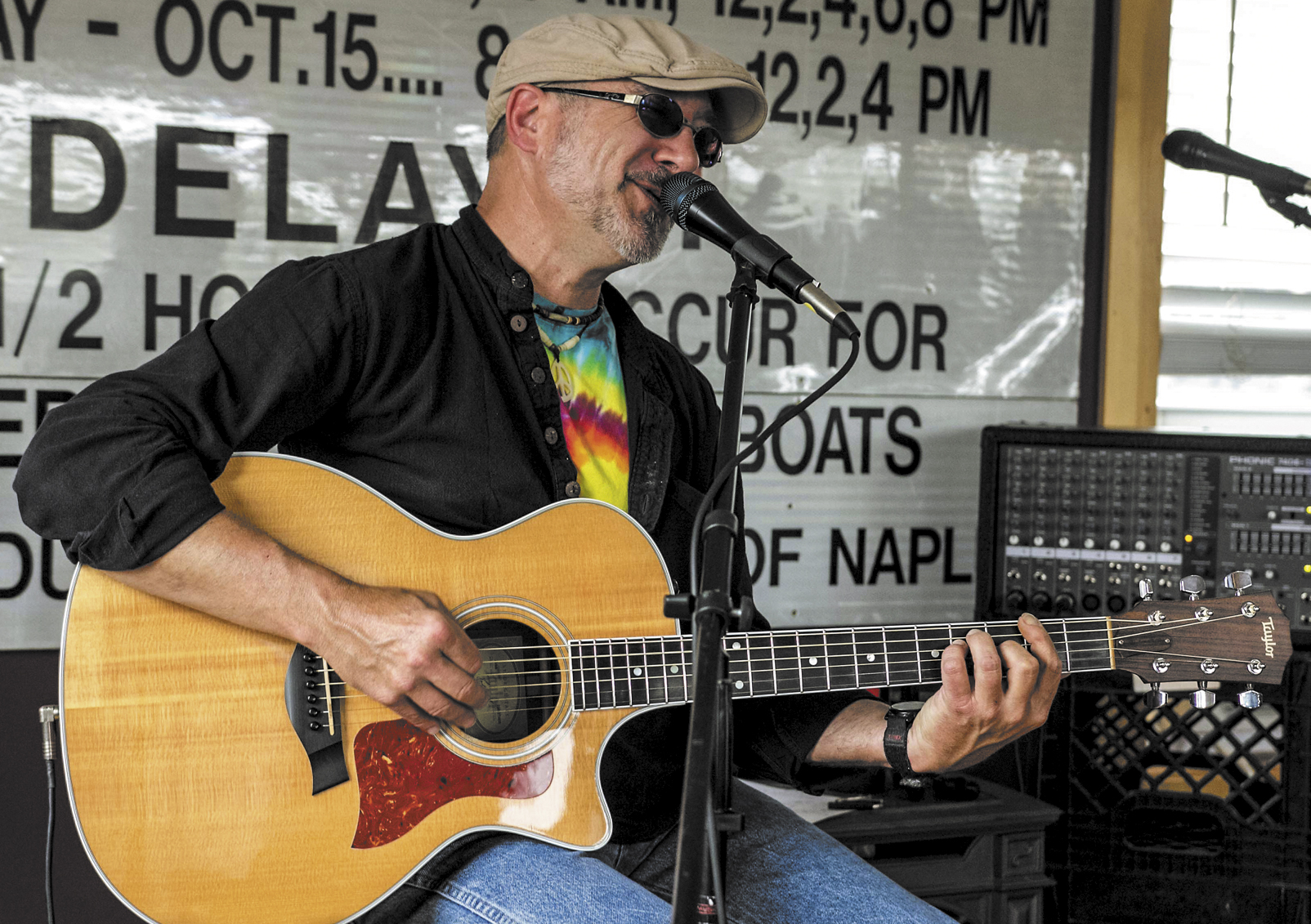 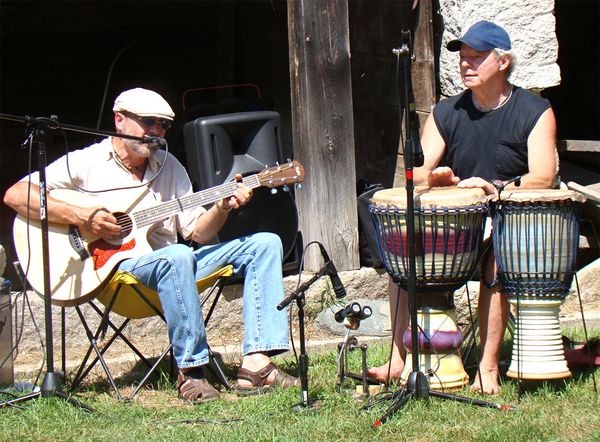 Me and Rusty Wiltjer at Scribner's Mill